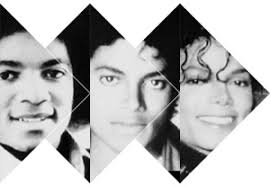 BDD, or body dysmorphic disorder, is a problem in which the patient’s own perception of the body or body part doesn’t match the objective reality. Technically, it’s defined by the DSM-IV as “an excessive concern with an imagined or slight defect in physical appearance, leading to significant distress or impairment in one or more important areas of functioning”. As you might expect, we see this issue in our offices among potential cosmetic surgery patients.

Typically, most estimates state that BDD occurs in about 2% of the general population. In most cosmetic surgery offices, that number is probably higher – maybe 10% – due to self-selection of the patients. Now, a new study in this month’s issue of PRS (Plastic & Reconstructive Surgery) suggests that the number may actually be dramatically higher than previously thought in rhinoplasty patients. The new study suggests that one out of three patients (33%) has “at least moderate” symptoms of BDD.

OK, you might say, “so these patients are obsessed with the shape of their nose…isn’t that why you guys are there?” Actually, it turns out that it’s a bad idea to operate on these patients. Even though their nose may look better to you and me, it doesn’t fix their body image. Their self-image is still abnormal after surgery, and they are typically never happy with the surgical result, and have a higher rate of surgical revisions. Furthermore, the BDD patient’s quality-of-life actually deteriorates after surgery. Some BDD patients have even become violent after surgery. So generally, most surgeons try not to operate on patients who have obvious BDD. They need counselling, not surgery.

In this new study from Belgium, 226 patients seeking rhinoplasty were given a standardized questionnaire that had been developed together with psychiatrists, and the results were compared to a control group from the non-cosmetic ENT patient population. The two groups were comparable statistically.

The rhinoplasty group included some patients who wanted improved breathing, and some patients that wanted a better appearance. Overall, 33% of rhinoplasty patients scored high enough on the questionnaire to indicate moderate symptoms of BDD. This increased to 43% when only the aesthetic rhinoplasty patients were evaluated, and 12% in the airway (functional) group. Both of these scores were higher than the 2% seen in the control group. Note: the authors didn’t say that these people had the full blown BDD syndrome, just symptoms of a partial BDD situation.

Not surprisingly, there was no correlation between the objective and subjective evaluation of the nasal deformity…in other words, the patient’s view of themselves was very different than what the professionals saw on examination. This is what would be expected from the definition of BDD.

One more thing: in this study, the famous “SIMON” pattern did not hold up. (“SIMON” is a stereotype of BDD – rhinoplasty patient – the “single, immature male, overly narcissistic”). This study showed an equal prevalence in males and females. Another bit of long-taught surgical lore bites the dust.

Wondering if you have some BDD symptoms? Try this screening questionnaire.