In the study, volunteers were injected weekly in 22 locations in the abdomen and flanks with the drug, over 8 weeks. On average, the study group lost about 1/2” more of abdominal circumference than the control group did, without diet or exercise. Computerized 3-D imaging was used to take the measurements.

The fat reduction worked best in patients who were younger than 40 years and relatively thin.

Here’s the interesting part: the ingredients in LIPO-102 are salmeterol xinafoate and fluticasone propionate. Asthma patients might recognize these medicines better as the very same ingredients that are used in Advair, the FDA-approved inhaler. The same beta receptors that are used to help relax the airways for asthma and COPD patients are also found on fat cells, where a beta agonist can trigger lipolysis. Dosing and administration, of course, are quite different between the two products. 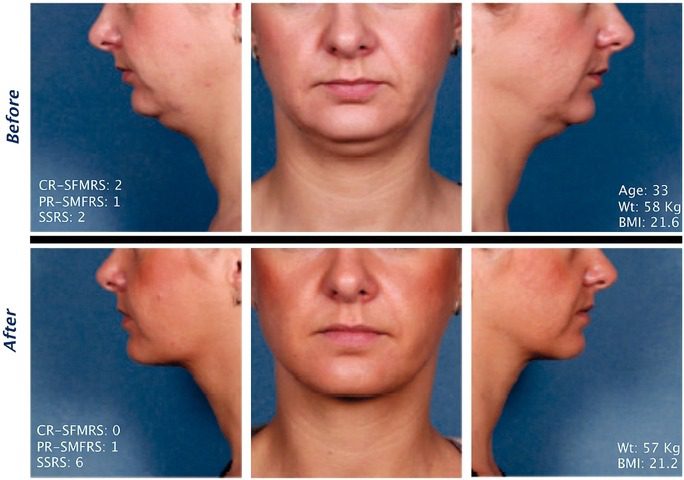 Kybella for Chin Fat Reduction Before & After Photos 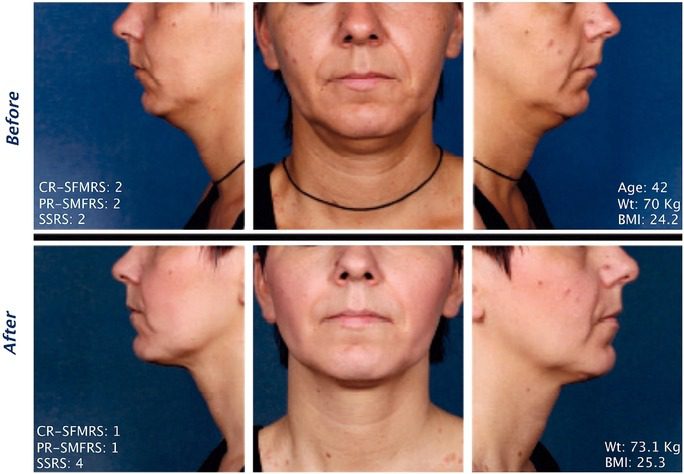 Kybella for Chin Fat Reduction Before & After Photos

Lithera isn’t the only group with an injectable agent for melting fat, though. Kythera Biopharmaceuticals is also working on the same concept, with a totally different injectable formula called “ATX-101” (Kybella now FDA approved 2015) which is also in the testing phase.

Impression: All very exciting, but very preliminary stuff. It may be the next generation of non-surgical body contouring, or it may turn out to be more trouble than it’s worth. Much more research is needed.