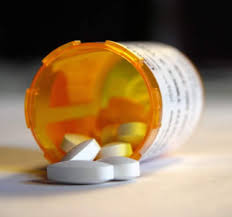 The pain-reliever acetaminophen (also known as paracetamol or APAP) is one of the best-selling over the-counter medications. It is sold under many brand names, including Tylenol, and is an ingredient in nearly 200 medications and preparations. It is often combined in prescription pain medications with other ingredients, usually opioids such as codeine (Tylenol with Codeine), oxycodone (Percocet) and hydrocodone (Vicodin).

The recommended daily limit for acetaminophen is 4,000 mg per day.Yesterday, after years of deliberation, the FDA announced a new rule, limiting manufacturers of prescription combination products that contain acetaminophen to no more than 325 milligrams (mg) in each tablet or capsule. They feel this rule should help reduce the number of accidental acetaminophen overdoses. Currently, many popular products have 500 or 650 mg of acetaminophen in each tablet. People who take these extra-strength medications every four hours can easily find themselves taking more than the recommended daily total dose….

When taken in high doses, acetaminophen can actually cause serious liver damage – and even acute liver failure and death. In fact, acetaminophen toxicity is one of the leading causes of liver failure in the United States, accounting for more than 56,000 emergency room visits, 2,600 hospitalizations and an estimated 450 deaths per year. Often the overdose happens inadvertently, when a patient takes one acetaminophen-based medicine for back pain, another for migraines, and perhaps a third for cough and cold symptoms.

The elimination of higher-dose prescription combination acetaminophen products will be phased in over three years and should not create a shortage of pain medication.