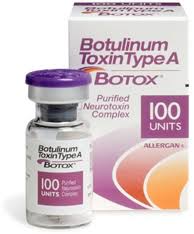 Here’s an interesting story from NBC News. Seems that the FDA isn’t too happy about unapproved Botox coming across the northern border…
For the consumer, the take-home message is this: if the price of the “Botox” you are getting seems too good to be true, maybe it isn’t really genuine, FDA-approved Botox, sourced from Allergan. It could be faux-tox from who-knows-where! Ask to see the bottle or the box it came in.
******
WASHINGTON — Federal regulators have warned more than 350 medical practices that Botox they may have received from a Canadian supplier is unapproved and could be counterfeit or unsafe.
The Food and Drug Administration said in a letter sent last month, a letter released publicly last week, that batches of the wrinkle treatment shipped by suppliers owned by pharmacy Canada Drugs have not been approved by the FDA and that the agency cannot assure their effectiveness or their safety.
The FDA said Canada Drugs was previously tied to shipping unapproved and counterfeit cancer drugs.
The agency warned doctors about buying drugs from sources other than licensed U.S. pharmacies. It is the fifth warning the agency has made this year about foreign suppliers providing unapproved drugs.
A request for comment from the drug distributor was not immediately returned.