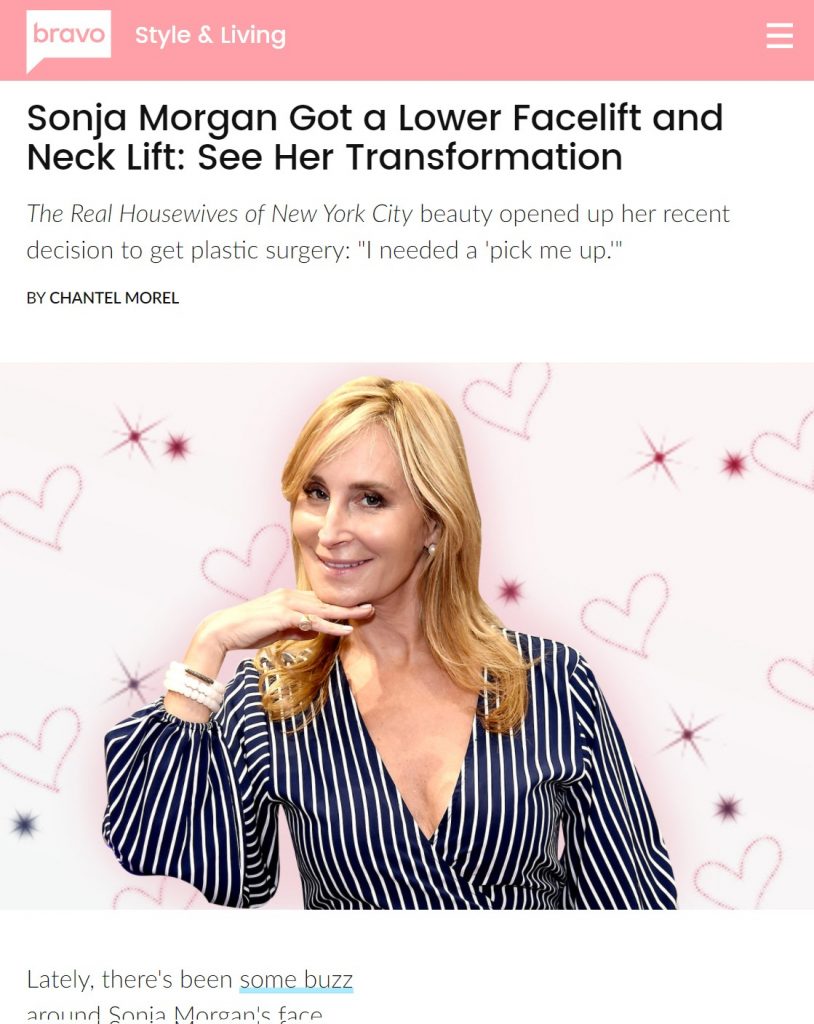 The Real Housewives of New York City beauty opened up her recent decision to get plastic surgery: “I needed a ‘pick me up.'”

Lately, there’s been some buzz around Sonja Morgan’s face, and The Real Housewives of New York City entrepreneur is here to put the rumors to rest. On July 20, Sonja took to Instagram to announce some major news regarding her appearance.

“There’s been speculation around my fresh new look. I got a lower facelift and neck lift after wrapping Season 12,” Sonja revealed in the caption along with before-and-after photos. She explained, “I just wanted to be rid of the wrinkling on my neck and the [jowls] that were starting to form. People thought I was nuts because it was so subtle. But not to me! It was a no-brainer – gravity had taken its toll, I was also exhausted and I needed a ‘pick me up.'” Read More.

Sonja Morgan Before & After Lower Facelift and Neck Lift Picture 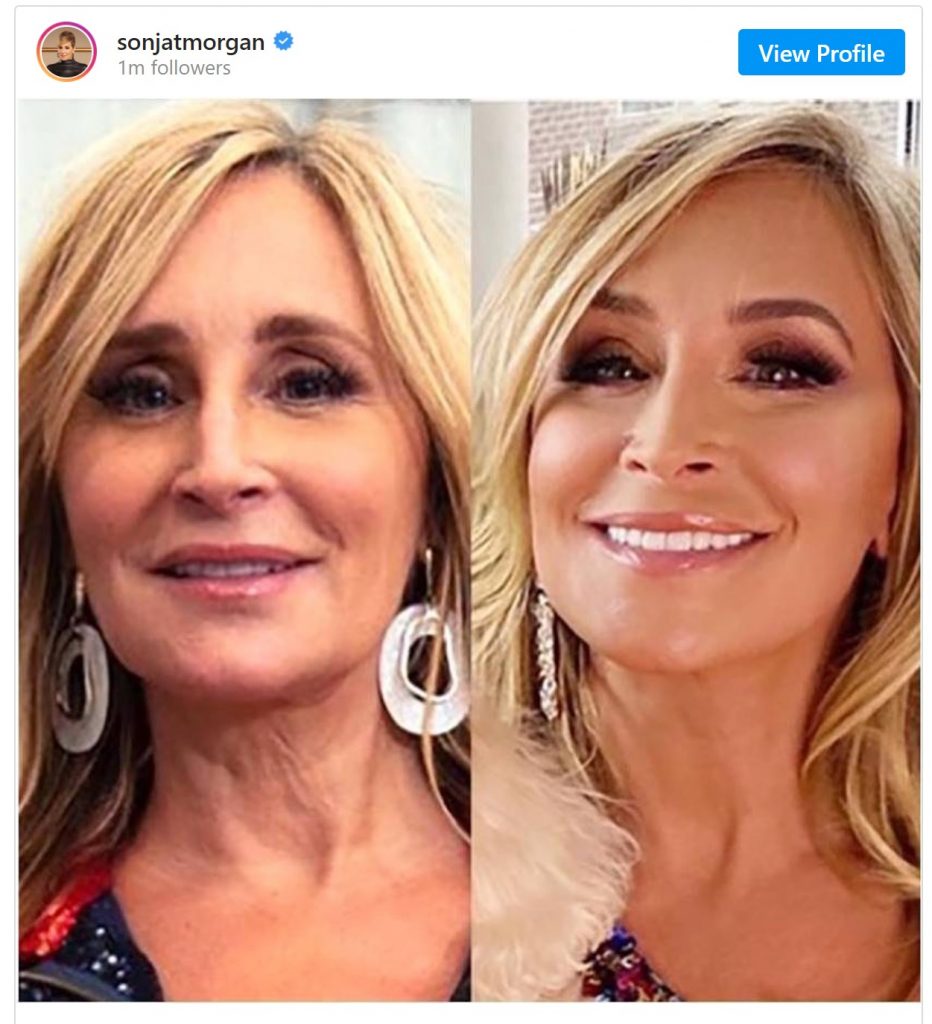 For More Information on the Treatments and Procedures Offered, contact Board Certified Plastic Surgeon Dr. Thomas Fiala at Fiala Aesthetics in Greater Orlando to Schedule Your Consultation: