Guess which country has the most plastic surgery per capita…I’ll give you a hint – it’s not the United States or even Brazil, that hotbed of South American cosmetic surgery, although in total numbers, the U.S. is #1.

I was surprised to learn that, according to research firm Trend Monitor, South Korea has more procedures per capita than anywhere else. Nearly one out of five women there have had “something done” – whether it’s a non-invasive procedure or actual surgery. Here’s the graph, reproduced from The Economist.com 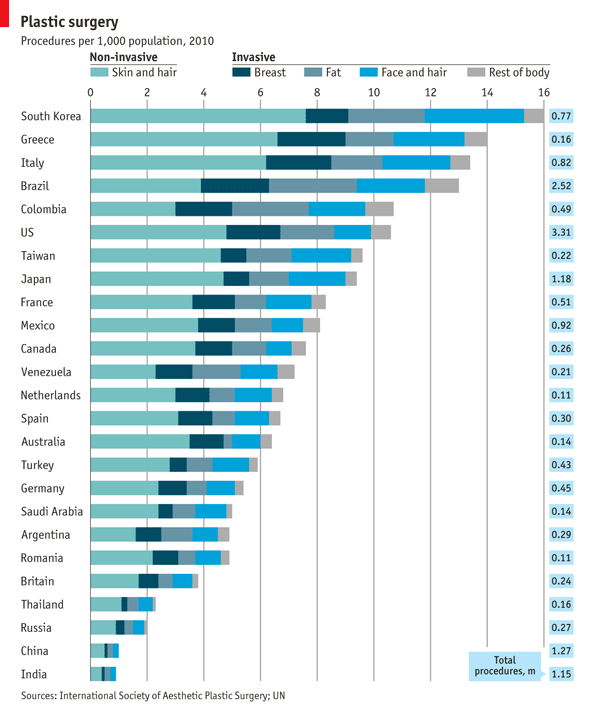